On Paint Party Friday I have drawn a lily and painted a lesson on Life Book. 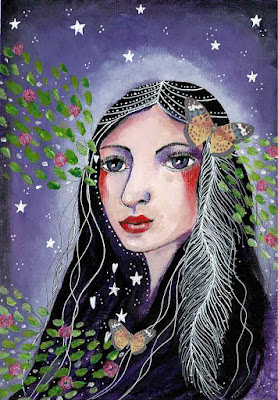 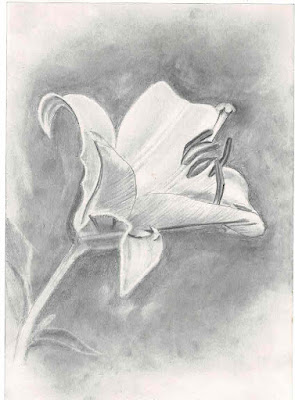 'I'm so crafty I even sweat glitter' are the words this week. I don't use glitter very often but when I do it gets all over the house. Edith has the same problem, and she is absolutely covered in it, it's in her hair over her clothes and face, plus all over the floor. Her mum will go mad as she says that the vacuum cleaner just does not pick it all up and they end up covered in it too. Her mum has asked her to take more care when she uses it and to keep it on her desk, but as Edith keeps on telling her "I'm so crafty I sweat glitter". I don't think for one minute her mum believes her, I wouldn't. It's now all over my scanner so I can sympathise with Edith to a certain extent.

I am linking this to Elizabeths theme of What's your style on Art Journal Journey This is another one in the Dylusion style. 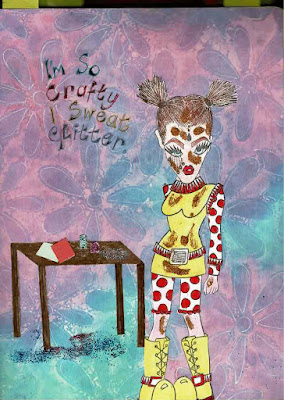 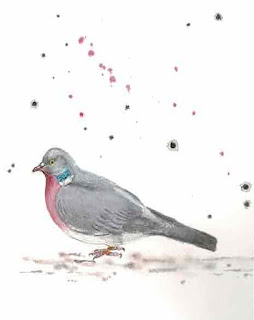 I am linking this to Elizabeth's theme of What's your style on Art Journal Journey. 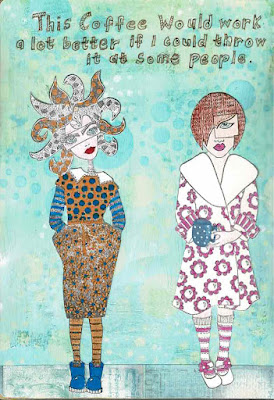 Tag Tuesday - King Queens or both.

Sandy's theme for Tag Tuesday is King Queen or both. I have made a tag with a distress inked background and then sprayed with a bronze spray. I then used a Lynne Perrella  stamp for the queen and coloured it with pencil crayons. 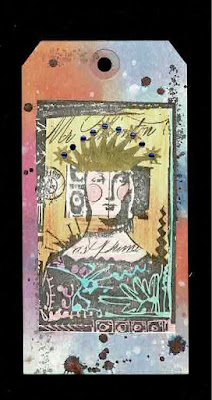 This time on Paint Party Friday I have drawn two portraits. 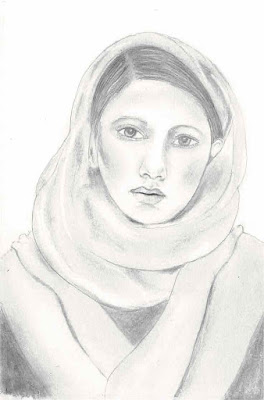 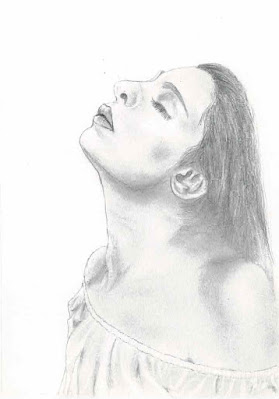 The words this week are ' The only reason I have a kitchen is because it came with the house' Ellie does not like cooking and spends as much time eating round her parents as she can. Her two best friends asked her why she doesn't like cooking, and she explained that she really isn't good at it and the only reason she has a kitchen is because it came with the house' Her friends like to cook and sometimes she goes round theirs, and strangely enough they haven't risked asking Ellie to cook a meal for them. The rest of the time microwave meals suit her fine. The kitchen has one use and that is she feeds her cats there. Another advantage of not cooking is you don't have to clean the oven, and there aren't many worse jobs than that.

I am linking this to Elizabeth's theme of What's your style on Art Journal Journey. Another Dyan Reaveley style one. 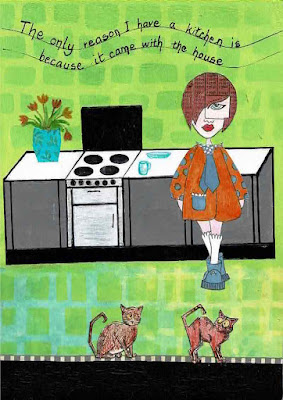 Valeries theme on Tag Tuesday is steampunk. I have made two circular ones, embossed the background and used metallic paints to simulate rust. I added tags for more texture, and a clock face charm.

On Paint Party Friday  I have painted my first ever in Pastels, I used a mixture of Pan Pastels, dry pastels and pastel crayons. It's calle Faun in blue and was a lesson with Ida Andersen- Lang. 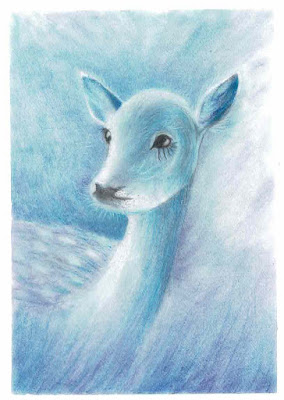 This week was a really difficult one, and as usual I did it last minute. 'Behind every great man is a woman rolling her eyes. I couldn't find suitable figures, especially for the man so resorted to using Dyan's couture range of stamps. As none of her heads fitted the theme I did  a drawing for the lady and a magazine face for the man. Apart from the faces everything else is Dyan Reaveley, so it goes with Elizabeths theme of 'What's your style' on Art Journal Journey. My style on this one is Dyan Reaveley and Dylusions.

The story for this one is very simple, Jake has been working his way from office boy to head of department in the firm he works for, and according to the story he tells everyone he did it all on his own initiative. His wife knows better and has been pushing him all the way to better himself, and it was an uphill struggle. Angela worked for the same firm and could see he had potential, and as she took a fancy to him decided she would help him along. After they were married she pushed harder and they were now both successful and well off. The fact that he took all the credit just made her roll eyes in a can you believe what he just said sort of way. 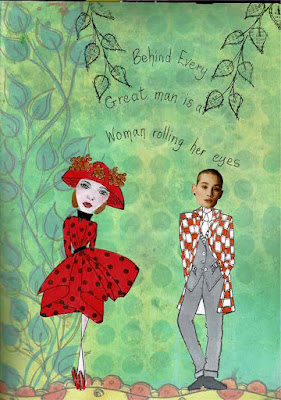