Halloween again, and Fright Night is the theme on Tag Tuesday this week
I have made two tags with children on, as they seem to get more enjoyment on the 31st than anyone. I inked the backgrounds, and adhered the images and die cuts. I think the images are from Lisa's altered art.

On Every Inchie Monday this week we have a much easier word than the last two. For my vegetables I have tried to sew a head of broccoli, with carrots and tomatoes for the drawn ones. I thought I had better put the carrots in, as lots of folks consider tomatoes to be fruit.

At long last we have moved, and are now very slowly emerging from a sea of boxes. The removal men said they had never moved anyone with so many. They were somewhat speechless when they saw the 300 plus that we had already taken over, a third of them for my studio. My computer and scanner are now functioning, so I couldn't resist doing a tag for this week. The theme is poetry, and as poppies seem to be the flower of the year, I have made one using some poetry from the 1st World War, and a poppy die cut.
On the background I used some texture paste through a stencil. painted it black, and then lightly rubbed it with sandpaper.

The poem says:
We cherish too, the poppy red
That grows on fields where valor led
It seems to signal to the skies
That blood of heroes never dies

I was going to use

In Flanders fields the poppies blow
Between the crosses row on row
That mark our place, and in the sky
The larks, still bravely singing fly
Scarce heard amid the guns below.

There are three more verses, but even the one wouldn't fit on my tag.

There are two more verses, and even the one wouldn't fit on my tag.
Posted by WendyK at 00:38 4 comments

This week another very unusual word on Every Inchie Monday, for us to get our brains working. I went for the easy option on both of mine, as moving house has taken over. The moving firm said they had never seen so many boxes. Now to find room to unpack them all

On Tag Tuesday Glorious Autumn is this weeks challenge.  I used a previously stamped piece of tissue paper for the background of the tag, a bit cut off a failed piece of work in the middle, which was sprayed inks through a stencil. I then adhered some pressed Autumn leaves from last year, plus a bit torn out of a gardening magazine at the bottom. After I had scanned it, I placed an acrylic tag on the top to preserve the leaves.

Where does Trillian find these words for us to illustrate on Every Inchie Monday. I had to look this one up, and then had trouble trying to do one in stitch. As I am so short of time with the house move on Friday I stamped the hooves of  a rhino and embossed in black. The sewn one is a bears claw in brown leather and stitched claws. Notice I said stamped the hooves not stamped on the hooves of a rhino, I think I would have been in big trouble if I had, not that there are many roaming around Wales.

Tag Tuesday -- All the colours of the rainbow

All the colours of the rainbow is the theme this week on Tag Tuesday. I painted the tag with rainbow colours, and stamped up some leaves with different colours. I added  two small pictures, and then stuck on the leaves. I found some rainbow ribbon and added that.

The picture below is of some leaves in the garden, it's a decorative vine 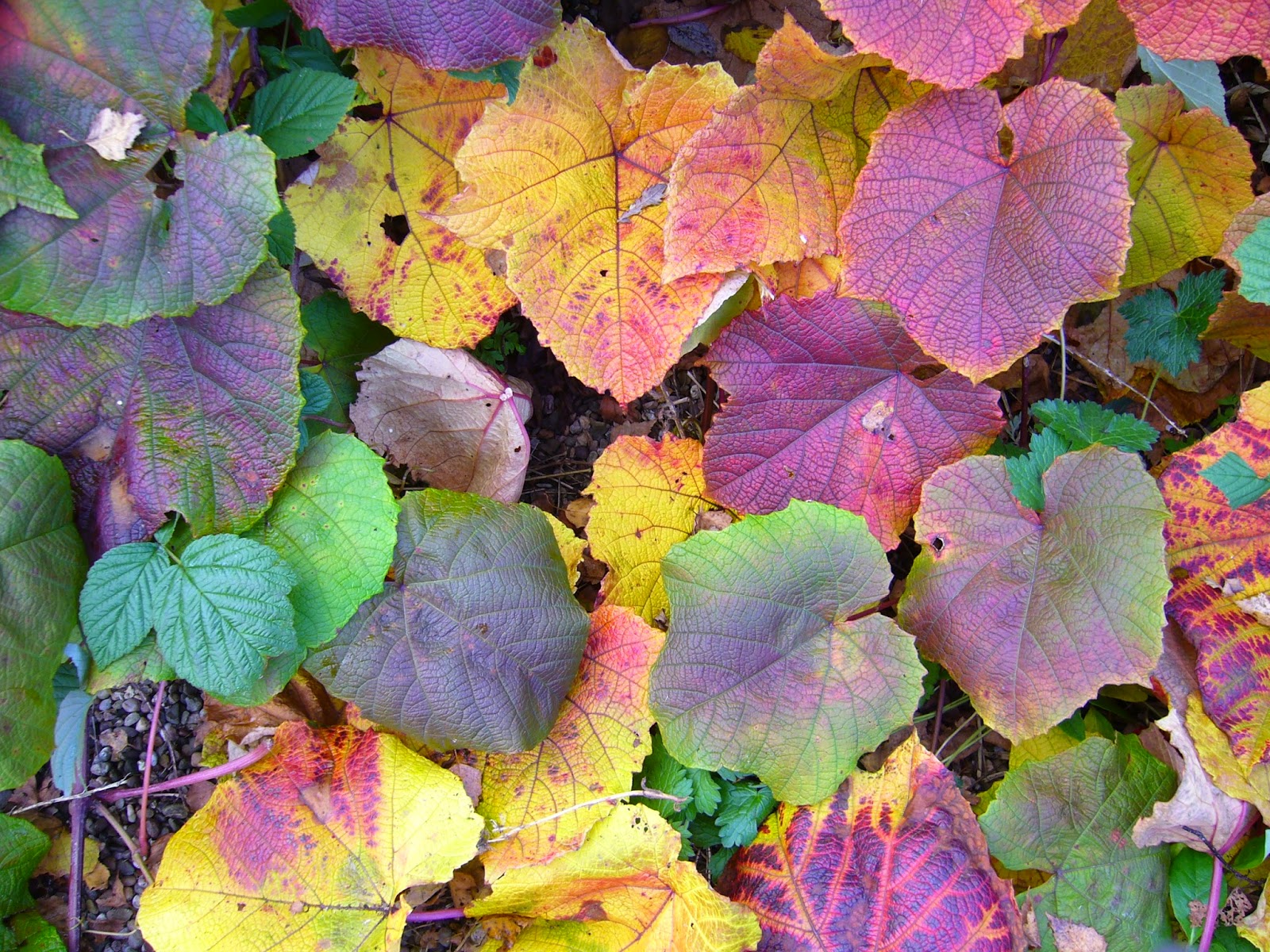 This rainbow came out as I was writing this 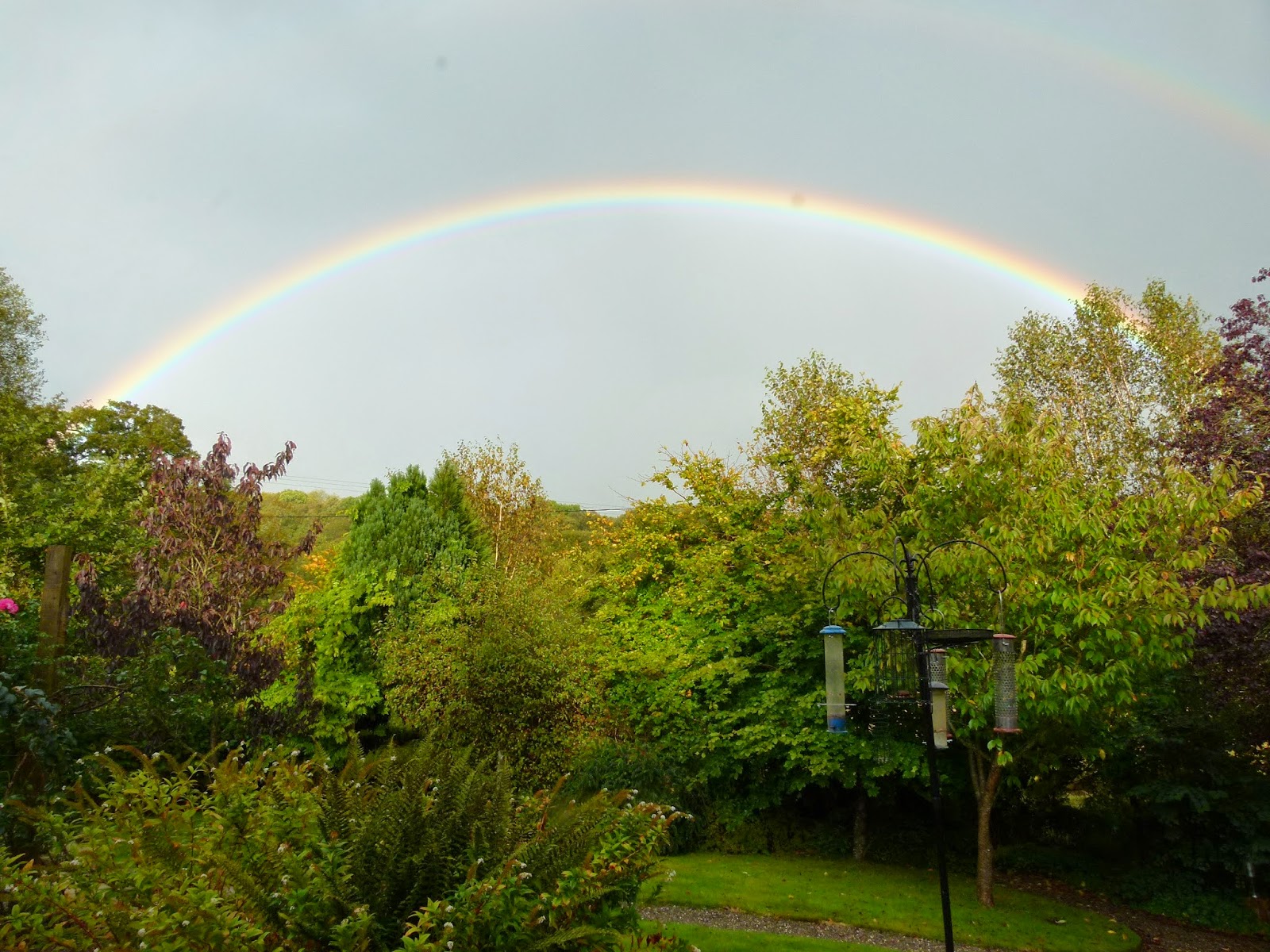 I don't like them in the garden, but doing some inchies featuring them for Every Inchie Monday was great. I made my usual sewn one, and two drawn ones, one with water colours, and the other a Scottish type symbol one.

On Tag Tuesday opposites is the theme. Lots of things spring to mind, but with my now limited resources I went for old and young. The tag is coloured with distress inks, stamped with my favourite script stamp, and the images adhered to the background. I added some lace and flowers to finish it off.